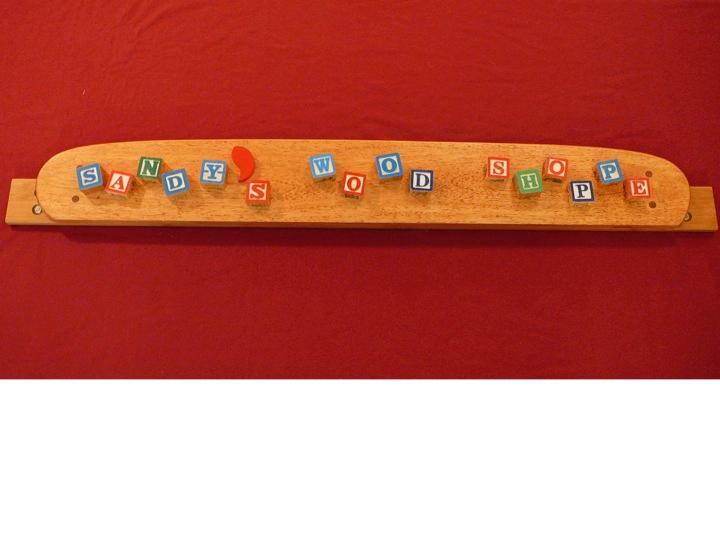 I currently produce four different trains, and each order is custom made. These trains are rugged enough for small children to play with, and provides enough fun for adults to play along. Trains are painted using the customer’s requested colors, or left unpainted. Your train can be constructed of pine/fir/hemlock, or hardwood (hardwood selection limited to wood on hand). Normally, a supply of oak, mahogany, poplar, maple and alder is available. Other wood species may be available – please ask if you have a specific wood in mind.

Three are large trains, with each car being about 8 – 12 inches long.  A full train consists of twelve cars, and includes all cars in the freight train plus a long passenger car and a short passenger car. The roofs of the passenger cars and the caboose are removable, as are the people inside. The vehicles on the Auto Carrier are also removable, as are the logs on the Log Car. (I don’t include a load in the Side Dump Car as marbles and decorative glass pebbles can cause a choking hazard for small children. I leave the load selection to the customer.)

The first train is a freight train, consisting of:

Side Dump Car (load not included)

The second is a passenger train, consisting of:

Short Passenger Car (one or more as ordered) (people included)

Long Passenger Car (one or more as ordered) (people included)

The third is an animal train/zoo train, consisting of:

Animal cage cars (one or more as ordered) (animals included)

The fourth is a smaller train, with each car about six inches long, consisting of:

This train sells for $70 or $10 per car. A six-car train can be ordered, which will not include the crane car. If you desire to have more than one type of car (example: four box cars and two gondolas), I can do that too!

Each train is a custom order, with colors and cars as the customer wishes. If you have a specific car you want included that isn’t already available, please let me know and I’ll do my best to create your special car! 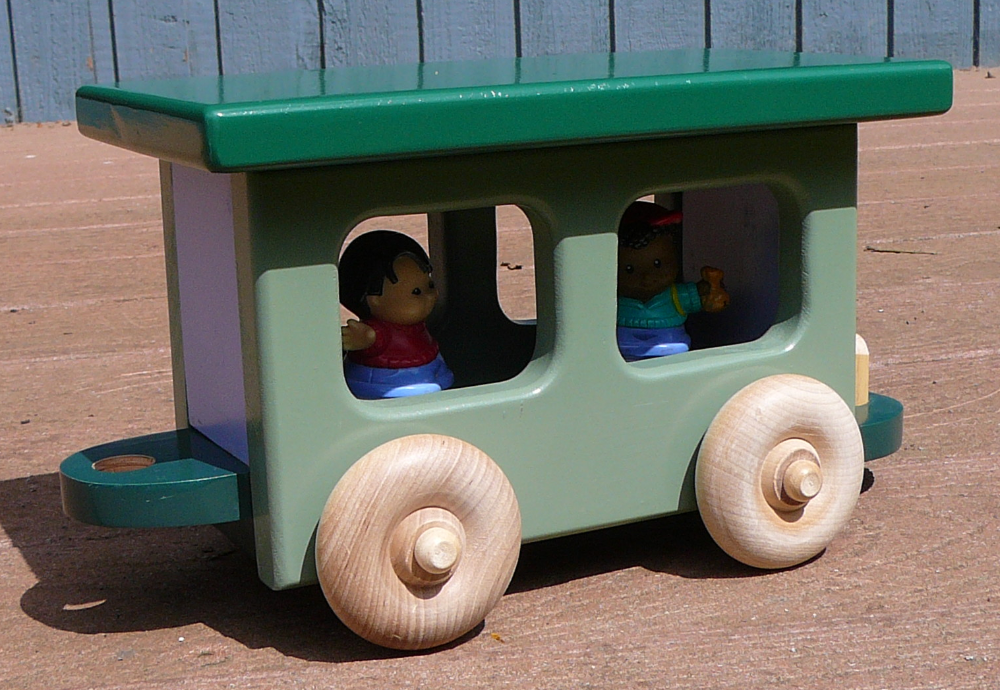